- CURTAIN FALLS ON 12 MONTHS OF DRAMA (sewage mention)
- COUNCIL LEADERS REVEAL THEIR TO-DO LISTS (sewage NOT on list but implied in Victoria)
- TOP 100 PROJECTS IN CANADA INCLUDES CRD SEWAGE PROJECT
- GUERNSEY UPDATE: "AUTHOR BACKS REPORT AS SURFERS AGAINST SEWAGE ATTACK IT"
- PUGET SOUND: "THE STRUGGLE TO PURGE TOXINS"
- ARESST MEMBERSHIP: MAKE AN INVESTMENT WITH GREAT RETURNS
---------------------------------------------------
CURTAIN FALLS ON 12 MONTHS OF DRAMA (sewage mention)
Two new leaders and a citizen-led tax revolt capped an extraordinary year in B.C. politics. Times Colonist legislature reporter Rob Shaw looks at notable controversies of 2011 and where they are headed in 2012
TIMES COLONIST
DECEMBER 31, 2011
CLICK HERE TO SEND LETTER TO EDITOR
snip, snip, snip
VICTORIA PROJECTS GO . . . NOWHERE
Three major Victoria and Vancouver Island projects are still in limbo despite high profiles in 2011.
The Victoria International Airport runway expansion, which picked up steam during the premier's jobs plan when she was accused of ignoring the Island, was repeatedly shot down by Transportation Minister Blair Lekstrom and Clark in September and October.
The premier coughed up $7.5 million for the Island's E&N rail track June 28, but the money is contingent on matching federal dollars that have yet to appear.
The always-contentious capital region sewage treatment project remains in limbo, because neither the federal nor provincial governments have put any funding into the $782-million bill. B.C.'s minister responsible, Chong, said in October the province won't even promise an amount in writing until the feds put money on the table.
snip, snip, snip
rshaw@timescolonist.com
http://www.timescolonist.com/news/Curtain+falls+months+drama/5932324/story.html
--------------------------------------------------
ARESST:  Sewage treatment plant concerns are completely absent in news story below and apparently absent from the minds of CRD municipal leaders, but Victoria's Mayor Fortin wants to implement their economic development strategy, which sees lack of sewage plant as an environmental problem:

Address the sewage treatment  problem, which is a major environmental and image concern.
Efforts to position Victoria as a green city will be undermined by failure to solve this problem. (page 40)

Times Colonist
December 28, 2011
Click here to send letter to editor
The region's 13 municipalities came through the November elections with some new and some familiar faces. Times Colonist municipal reporters Bill Cleverley, Derek Spalding and Kim Westad asked the mayors what their priorities are for 2012.
snip, snip snip
VICTORIA: ECONOMIC GROWTH
Implementing Victoria's new economic development strategy will be the key challenge heading into the new year, says Mayor Dean Fortin.
"It does not mean that you accept every development that comes forward, because we know that the rich architecture that Victoria enjoys is what brings people here whether to live, visit or whatever," Fortin said.
"Bad developments will have a longterm effect on our tourism and ability to attract good quality companies," Fortin said.
Fortin said it's key that the city expand its revenue sources. "You want a better pool? We need to have density. If you want all these things, we need to have growth. Making that happen is the challenge."
The economic strategy, 18 months in the making, was a collaborative effort between the city, industry and major stakeholders around the region aimed at expanding the city's tax base and strengthening its economy. The plan focuses on 11 key initiatives, including maintaining and enhancing the city's role as the headquarters of the provincial government, strengthening the tourism, high-tech and marine industries and ensuring that the city is competitive in business and urban development.
snip, snip snip
READ COMPLETE NEWS STORY: http://www2.canada.com/victoriatimescolonist/news/story.html?id=7f182502-4964-4049-acb4-363e444c273d
--------------------------------------------------
TOP 100 PROJECTS IN CANADA INCLUDES CRD SEWAGE PROJECT
Every year, ReNew Canada (http://renewcanada.net/) does hundreds of hours of research and preparation to bring you the Top 100 Projects supplement and website. The Top 100 ranks Canada's biggest infrastructure projects by dollar value.
This year's list represents over $96 billion in infrastructure investments in Canada. You can browse our list by dollar value, by sector and by our interactive map, powered by ESRI.
Click here for CRD Waste Water Project: http://top100projects.ca/2010/capital-regional-district-sewage-treatment-plant-program/
Click here for a full-browser version of the map: http://top100projects.ca/map/
Click here for list of the top water/waste water projects:
http://top100projects.ca/topics/project/sector-2011/waterwastewater-sector-2011-project/ 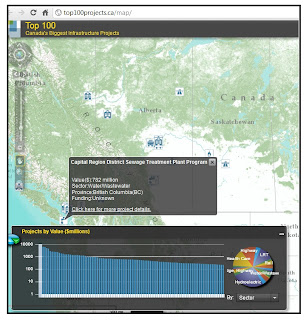 --------------------------------------------------
GUERNSEY UPDATE: "AUTHOR BACKS REPORT AS SURFERS AGAINST SEWAGE ATTACK IT"
This Is Guernsey
28th December 2011
A clean-seas campaign group has rubbished a report that supports Guernsey’s current method of sewage disposal.
But the author of the report, Intertek Metoc, backed its research, claiming accusations made by Surfers Against Sewage were inaccurate.
The environmental management consultancy conducted research into the Belle Greve outfall.
It suggested that the installation of diffuser ports, at a cost of £6m. to £8m., would enable the waters around Guernsey to meet UK standards.
But Surfers Against Sewage campaign director Andy Cummins argued that there were fundamental errors early on in the report.
http://www.thisisguernsey.com/news/2011/12/28/author-backs-report-as-surfers-against-sewage-attack-it/

A donation to ARESST today is an investment in a sustainable environment – and to ensuring your voice is not ignored on the issues we care so much about.
Thank you for supporting ARESST as we continue our work to protect and restore the marine environment and promote the sustainability of Georgia Strait, its adjoining waters, and communities.